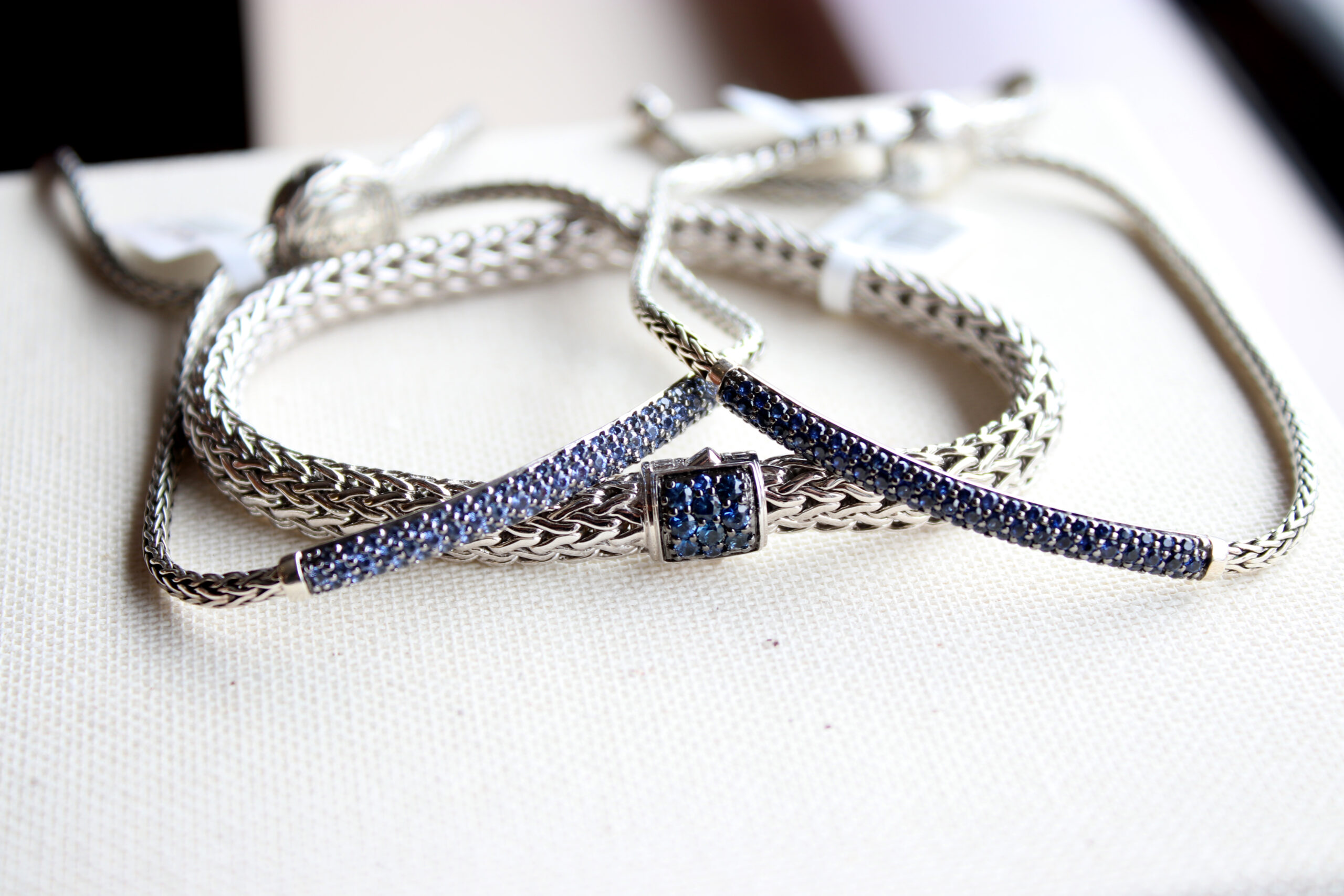 September’s birthstone is sapphire. This birthstone has fascinating ties to history and famous figures. Sapphires are typically blue, but can be found in all colors except red (which is ruby). It is also a very popular gemstone for engagement rings, thanks to the late Princess Diana.

Today this famous engagement ring is estimated to be worth around $400,000. It has now found itself a home on Kate Middleton’s ring finger, as Prince William proposed in 2010. Ever since William proposed with Diana’s sapphire ring, there has been a substantial increase in sapphire gemstone purchases.

Sapphire is a valued gem in the jewelry industry, but it is also highly valued in other areas such as industrial applications, including scientific instruments, high-durability windows, watches, and electronics. This gemstone is also used in shatter-resistant windows, crystals in wristwatches, and electronic circuitry including integrated circuits and LEDs.

Throughout history, sapphire has been important during various times and to various groups of people. For example, Greeks wore sapphire for guidance when seeking answers from the oracle, sapphire was worn by kings and queens of ancient Greece and Rome, ancient Persians believed the Earth rested on a giant sapphire that made the sky blue, and warriors gave their wives sapphire necklaces so they would remain faithful to them. This gifting was due to the common belief that the gemstone’s color would darken if worn by an adulterer.

Royalty of ancient times desired sapphires, especially since it was believed that the gemstone warded off evil and harm. In fact, one of the most famous sapphires rests on the Imperial State Crown worn by Queen Victoria in 1838. Sapphires were also thought to provide protection against snakes and spiders. Many believed that if poisonous snakes and spiders were placed in a jar with a sapphire, they would immediately die.

This gemstone has various religious ties and has long been associated with the majesty and tranquility of the heavens. Buddhists believed that the gemstone brought spiritual enlightenment, Hindus used sapphire during worship, early Christian kings used it in ecclesiastical rings, and ancient Hebrews believed that the Ten Commandments were engraved on tablets of sapphire, though historians now believe it may have been lapis lazuli.