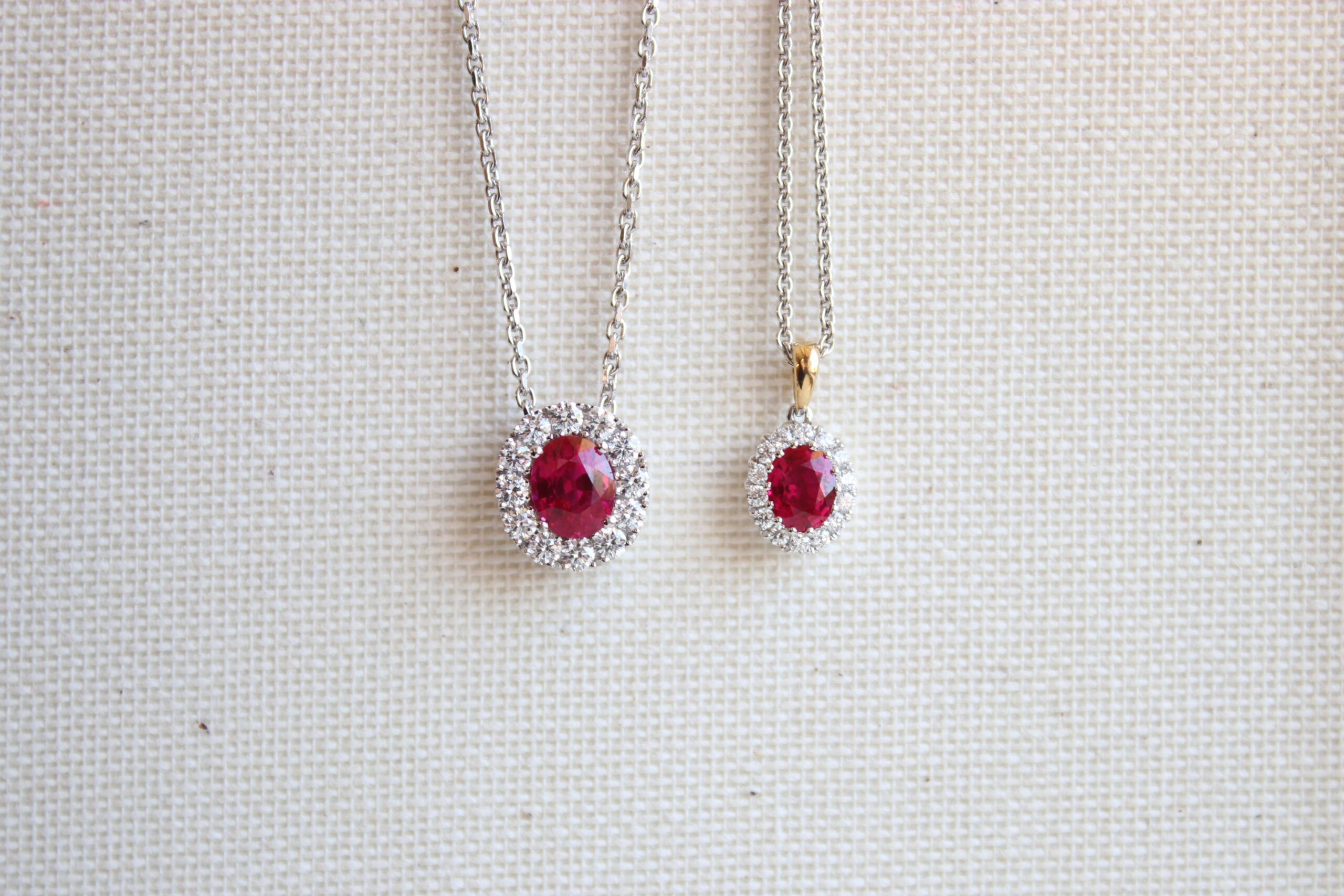 July is here and it’s time to spotlight its birthstone, ruby!

The ruby has been a symbol of wealth and success for centuries, which makes it one of the most important gemstones in the colored stone market, in part to its ability to command the highest per-carat price of any colored stone. Sometimes rubies can command even higher prices than diamonds.

For over 500 years, the town of Mogok, located in Myanmar, has produced some of the most coveted rubies. Mogok is the source of many of the world’s finest and most intriguing gems. In Northeast Myanmar, rubies are usually purple and black in the center, accompanied by a bright outer layer of red.

Myanmar is the oldest recorded source for rubies and has also historically been a major source for this July birthstone. Now, Vietnam and Mozambique are newer and just as important sites for rubies to be found. In Vietnam, the Luc Yen region is home to unique rubies ranging from red to a purplish-red color. Rubies are particularly prized in Asian countries. Other places where ruby can be found include Afghanistan, Tajikistan, Pakistan, Sri Lanka, Kenya, Tanzania, and Madagascar.

Early civilizations admired and treasured rubies due to the similar color the gems have to blood. Pigeon’s blood-colored rubies have historically been the most sought-after. The pigeon’s blood description came from the belief that the perfect ruby is the same color as the first two drops of blood from the nose of a killed pigeon. Others claim that great rubies are the color of the central point of a pigeon’s eye.

Rubies have had high importance throughout history, including in India, where the gemstone was a symbol of power and youthful energy in Indian jewelry. Indians also believed that owners of rubies were able to peacefully coexist with their enemies solely due to owning this gem. Rubies were very popular and sought-after for European royals and the upper classes. Many medieval Europeans wore this gemstone to guarantee wealth, health, wisdom, and success in love.

This birthstone was also coined by the ancient Indians as “the king of precious stones” due to its beauty and beneficial qualities. For example, in the past, some thought that rubies could predict danger and others claimed it could cure inflammatory diseases and soothe anger.

In ancient Myanmar, then called Burma, warriors acquired rubies to make them invincible in battle. However, instead of simply wearing the gemstones, they inserted them into their flesh and made them “part of their bodies”. Chinese noblemen also decorated their armor with rubies because they believed the gemstone would grant them protection in battle.

Rubies are not only used in jewelry, but also are used in various other items and practices such as watchmaking, medical instruments, and lasers. In fact, a ruby helped build the first functional laser in 1960. The florescence of the gemstone helped power the laser, made by Theodore Maiman.

The desire for rubies is just as strong as it was hundreds of years ago. Many are drawn to the enchanting red color of this July birthstone. The name ruby comes from the Latin word “rubeus”, which means red. The red color of rubies is strongly associated with intense emotions such as love, anger, passion, and fury. Rubies are also associated with objects of desire such as fast cars and red roses.

Here at R.F. Moeller jeweler, we are home to various designers that carry ruby jewelry. One designer in particular, Roberto Coin, has an interesting tie to this gemstone.

All Roberto Coin jewelry has a small ruby set in each piece. This unique tradition started in 1996 and is powered by the legendary aura of the ruby. Ancient beliefs say that wearing a ruby close to the skin promoted long life, health, and happiness. According to the Roberto Coin website, the inclusion of the ruby is “dedicated as a secret gift of good wishes to every woman lucky enough to wear one of [Roberto Coin’s] exclusive creations.” Roberto Coin himself has stated that this special touch is “a romantic way to wish the best to all the people wearing my pieces.” We are fortunate to carry Roberto Coin pieces at both our Saint Paul and Edina locations. Stop by to check out this unique tradition for yourself!