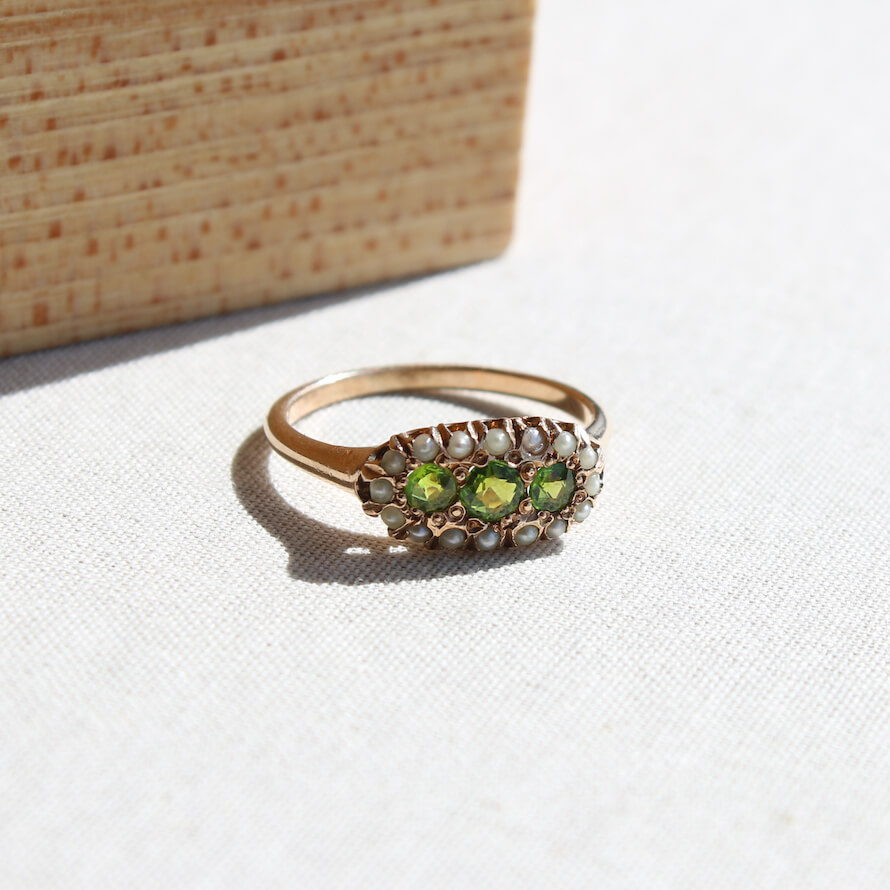 It likely won’t come as a shock that the Victorian Era is named after Queen Victoria, who held the British throne from 1837 to 1901. Because of its length, the era is typically broken up into three periods:

Often when people think of Victorian-era jewelry, cameos are the first thing that comes to mind. A cameo is stone carved so that a silhouette rises out of the stone. While cameos were popular during the era there are lots of other trends that defined Victorian times. Intricate gold designs, draping necklaces, and long elaborate earrings were also very popular.

Some of the most unique pieces from the Victorian era are symbolic and hide secret messages. Acrostic jewelry uses the first letter of each gemstone to spell a word, like a lover’s name or a symbolic message. For example, if you had a ring with lapis lazuli, an opal, vermeil (garnet), and an emerald, in that order, the message would be love.

Mourning jewelry was also popular and was used as a way to memorialize and remember loved ones who had passed. Mourning jewelry ranged from painted lockets to jewelry that incorporated hair from the deceased. These pieces of jewelry were a way to literally keep loved ones close after death.