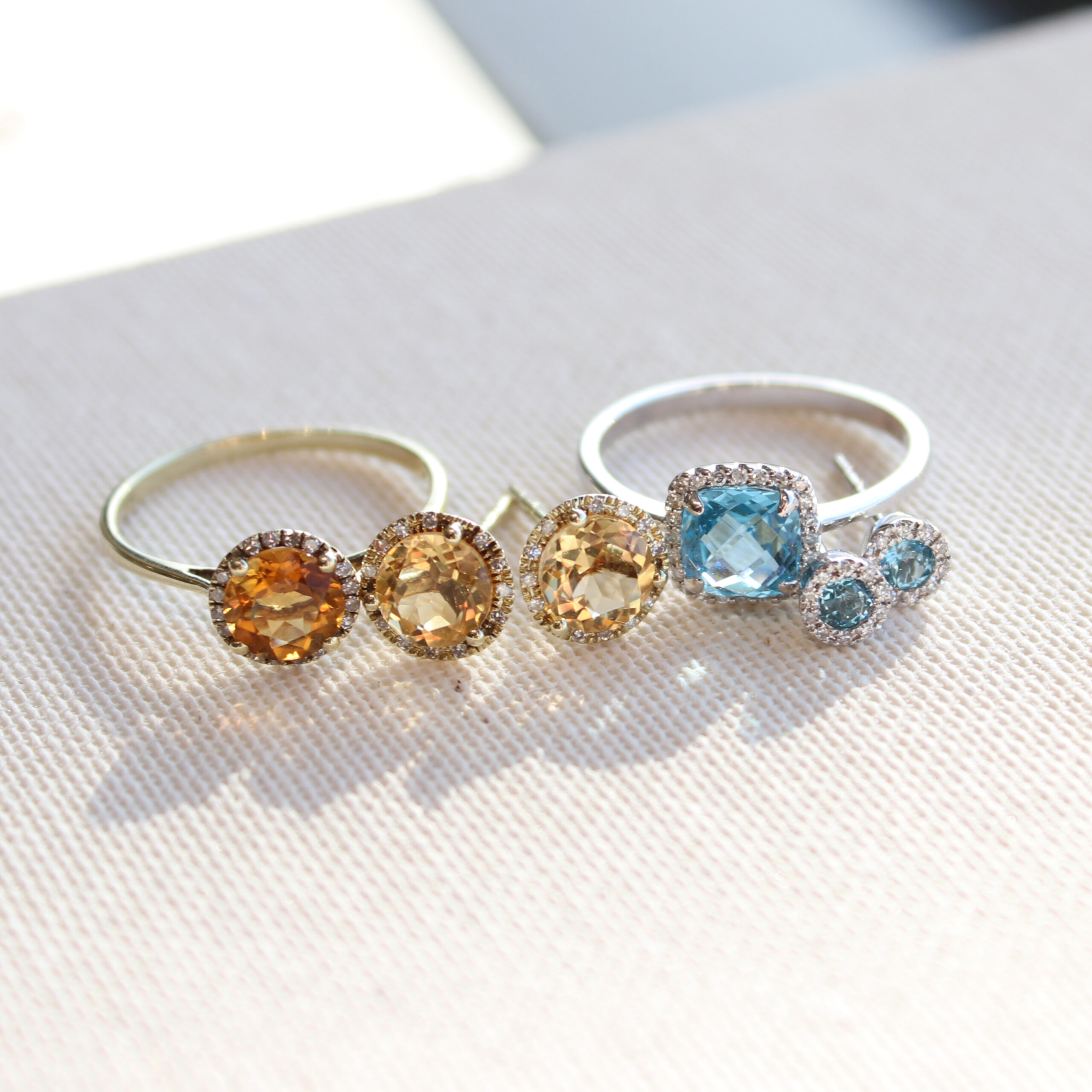 Topaz and citrine were thought to be the same gemstone until the 1930s. Before then, any yellow, brown, and orange gemstones were considered to be topaz. However, these gemstones come from unrelated minerals and topaz comes in more colors than yellow or orange, unlike citrine.

Topaz comes in a wide variety of colors, including colorless, light blue, yellow, orange, pink, violet, brown, and very rarely, red. Many centuries ago, it was the norm for all yellow gemstones to be considered topaz. Topaz was also thought to only be available in yellow, not in various colors like today. Imperial topaz is the most valuable color, which is orange with pink undertones.

Various groups of people throughout history have valued topaz, including ancient Greeks, Europeans, and Indians. Ancient Greeks thought this November birthstone gave them strength, where Europeans believed it could diminish anger, and Indians believed that when topaz was worn above the heart, it assures long life, beauty, and intelligence.

This birthstone was thought to be so valuable that in the 15th century, a physician in Rome believed that topaz owned by two Catholic popes could alleviate symptoms of the plague.

Namibia, Nigeria, Madagascar, Mexico, Myanmar, Sri Lanka, and the United States are just some of the major sources of topaz. Topaz is the state gemstone of both Utah and Texas.

November’s second birthstone, citrine, ranges in color from pale yellow to brownish orange. Due to their similar looks, citrine has been confused as topaz throughout history. Citrine is a durable gemstone, which makes it a great option for wearable and sizable jewelry.

In ancient times, people believed that citrine could calm tempers, soothe anger, and manifest desires. To activate these powers, ancient Greeks carved images into citrine and Roman priests made them into rings. Citrine was also popular in Scottish jewelry from the Victorian era.

In a physical sense, citrine is said to have the ability to improve digestion and strengthen endurance. Centuries ago, ancient healers used this gemstone to purify the body of toxins, improve blood circulation, and strengthen the immune system. Nowadays citrine is thought to bring energy, help release anger and tension, and boost self-esteem and confidence.

Citrine’s main sources are Bolivia, Spain, Madagascar, Mexico, and Uruguay. Today, citrine is one of the most cost-friendly and popular yellow gemstones.