Megan and Sam met in 2007 as first-year students at Gustavus Adolphus College, a school on the top of a hill in St. Peter, Minnesota. They met singing in choir when Sam noticed Megan’s “really cool red hair”. The rest is history! Four years of college, career changes, one masters degree, outstanding roommates, and a new condo later, they’re ready to ring in the New Year as newlyweds!

Sixteen Candles is one of Megan’s favorite movies. At the end of the movie, Samantha’s crush, Jake Ryan, picks her up in a red sports car to celebrate her belated birthday. Sam recreated this scene for his proposal.

Sam and Megan were planning to visit his family in Iowa on a Friday afternoon in March 2015. He was supposed to pick up Megan from work so that they could leave from there. Instead, Sam borrowed a ’77 Pontiac Trans Am from a family friend and dressed to look like Jake Ryan from the movie. When Sam got on one knee to propose, she was so taken aback that she forgot to say yes. Following the proposal, they drove off to celebrate and share the news with Megan’s family in Bloomington and then in Iowa with Sam’s family. 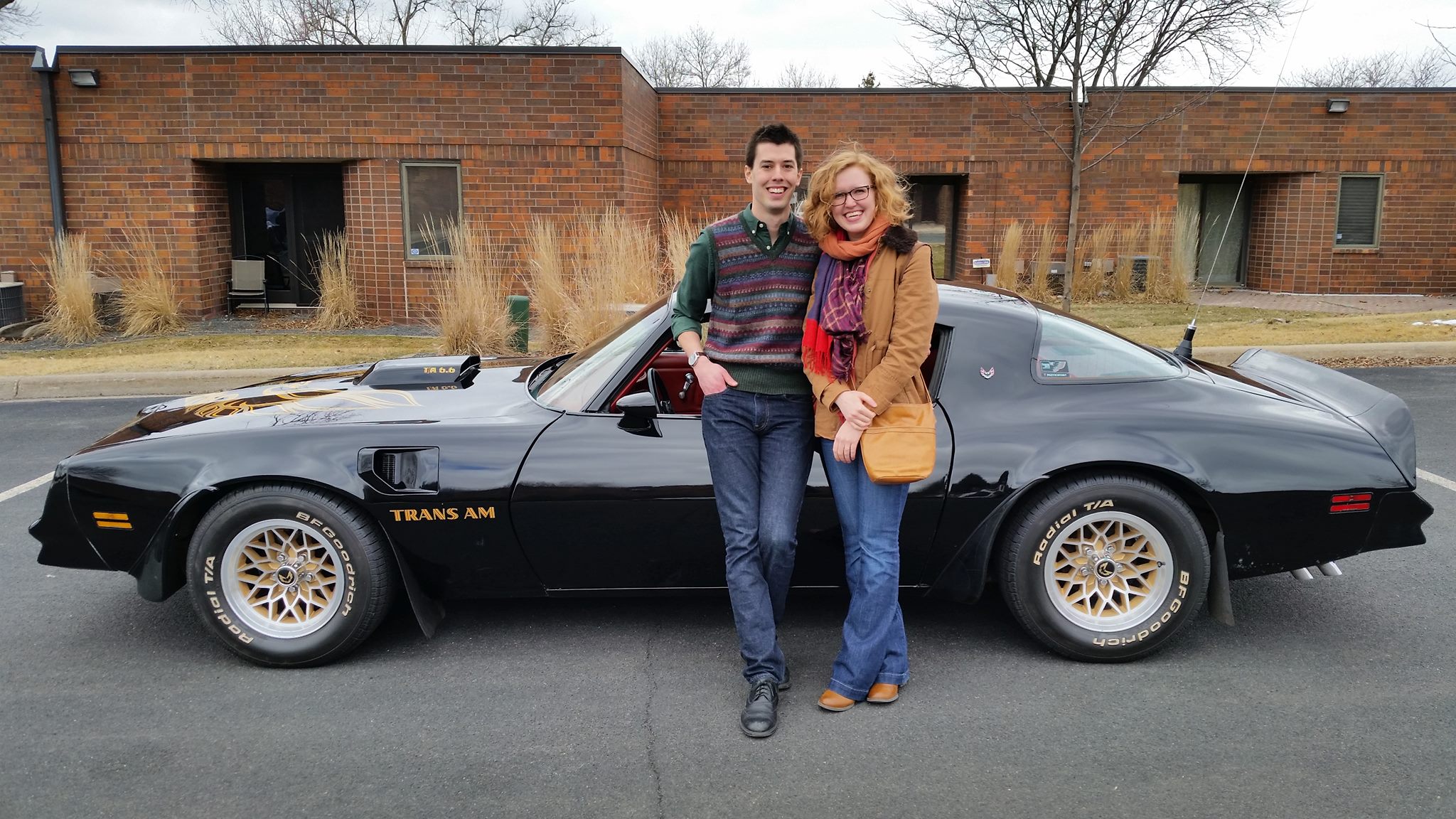