In early December 2014, a mutual friend who knew Diana and Lee connected the two who were “searching for love in ALL the wrong places”. However, Diana and Lee took several weeks to finally decide to meet in person. Eventually, Diana and Lee scheduled a dinner date on January 30, 2015. Typical to Diana’s type A personality, she was on time. However, Lee was strategically late.

Lee greeted the woman that he knew at first sight would be his bride with a smile and handshake. Diana questioned his punctuality and firmly mentioned that she was close to leaving. However, the standoff between them was short lived. The ice melted and the two were quickly engaged in conversation about life, politics, and love. Lee was nervous and Diana was intrigued. Hours flew fast and the two realized that the restaurant was empty and had been closed for about an hour.

After they parted ways, Lee quickly texted his friend Stanley that he met his “Clair Huxtable”. Lee and Diana were on cloud 9 as they drove to their respective homes. The next morning came with unanticipated excitement. Diana talked to her friend Christina and asked if it was too early to look for wedding dresses since she knew she had found her future husband. Lee was celebrating his 39thbirthday and Diana had plans to attend a fundraiser with her friends. Lee and Diana touched base around noon and Lee told Diana he had no plans for his birthday. Diana wanted to see him again and invited him to meet her and her friends. Lee canceled all of his birthday plans in order to prepare for his second date with Diana. The two met, talked, danced, and have been inseparable ever since.

On October 14, 2016, at the Four Seasons Hotel in Mexico City, Mexico, Lee proposed to Diana and she happily said yes. Diana and Lee are excited to publicly pronounce their love before family and friends in New Orleans, LA at the Southern Oaks Plantation in October 2017.

Lee worked with Bob Moeller to custom design a ring for Diana that features an oval cut fancy yellow diamond. 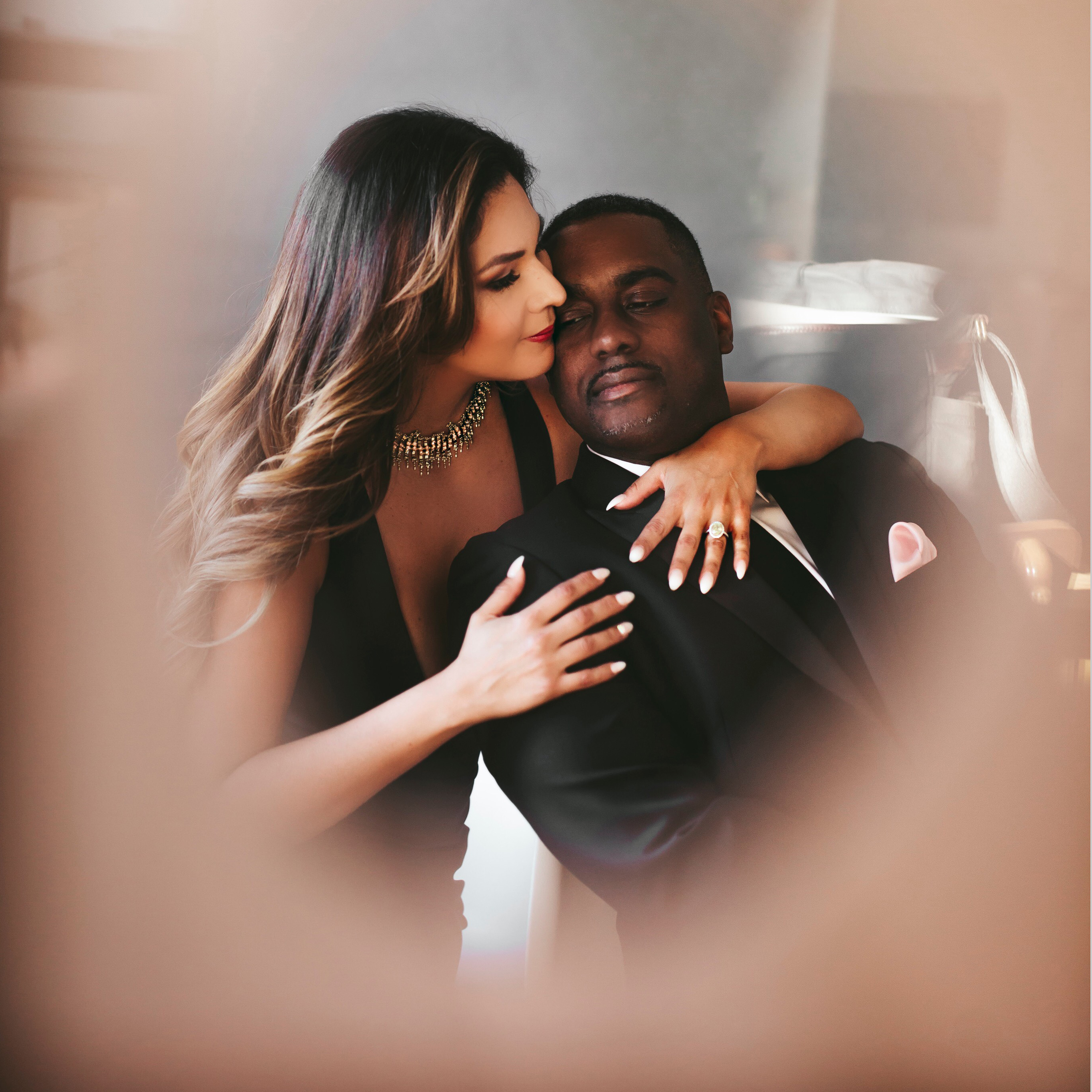