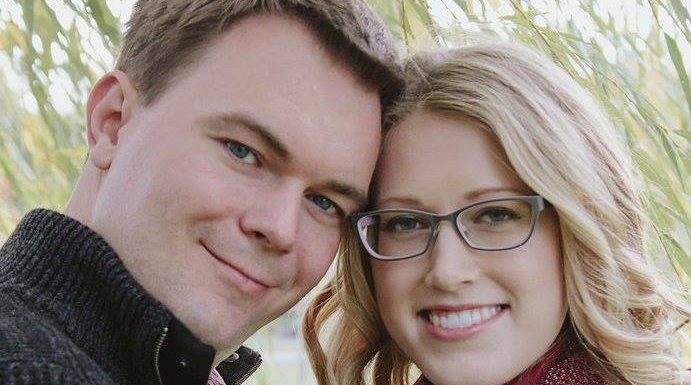 Ty and Amy have been married for two years and together for four. He works as an analyst at a bank and she works in communications for a local healthcare provider. They enjoy cooking, travel, and exploring the Twin Cities together. Over the past six months, they sold their condo and bought their first house together (a bungalow in Saint Paul from the 1920s).

Their second wedding anniversary fell on a Tuesday. With a move to a new house in the works and demanding jobs, they knew they wouldn’t be able to summon much energy for a weeknight celebration, so they celebrated the weekend before with massages, a hotel stay, and dinner out.

After this romantic weekend celebration, Ty decided that that he wanted to do something to surprise Amy on their actual anniversary. He visited R.F. Moeller over his lunch break and picked out a blue topaz necklace that he thought Amy would like. (Ty says that outside of an engagement ring, this was his first big jewelry purchase so there was much deliberation!)

Amy had a big presentation at work the following day and Ty knew she’d want to practice it when she got home. According to Ty, “We made small talk and she then practiced her speech a few times – and we even joked a bit about how we weren’t doing anything for our actual anniversary.” He then excused himself to retrieve the necklace…

Amy loved it! Ty said, “After being together for four years, I was happy that I’d been able to get her something that fit her taste in jewelry – elegant and understated. It’s a very versatile necklace and goes well with both casual and work outfits.” Happy second anniversary, Ty and Amy! 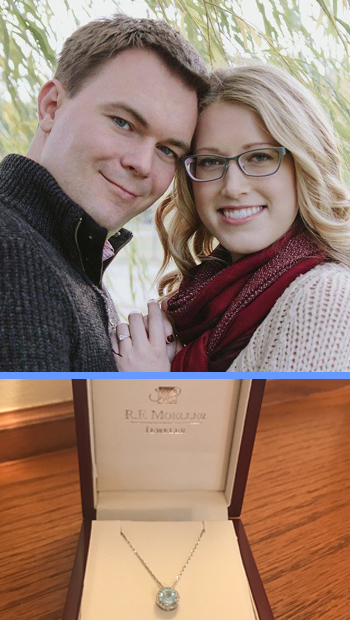