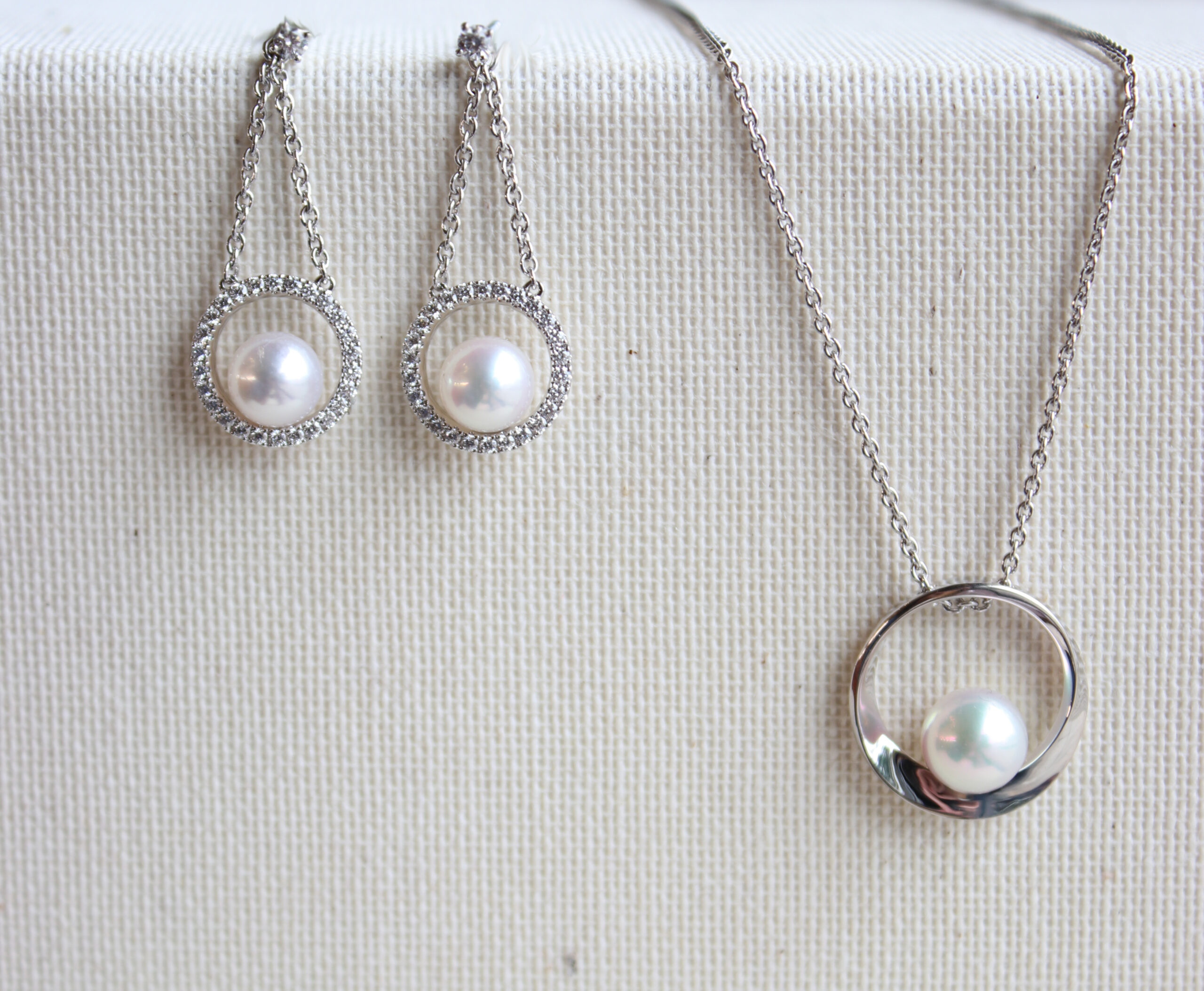 June is an extra special month due to the fact it has three birthstones. It is only one of three other months who have exactly three birthstones (others being August and December). This month also marks the start of summer and is usually known to be peak wedding season. June’s three birthstones are pearl, Alexandrite, and moonstone. In the past, some only wore their birthstone during their birth month, but now people proudly wear them all year round. These gemstones are all unique in their own ways, each having their own special properties that set them apart.

Pearls have been used for décor throughout the world for thousands of years. In ancient Greece, many believed that pearls were the tears of the gods, in China they believed pearls came from the brain of a dragon, and ancient Egyptians were buried with their prized pearls. Throughout history, pearls were also thought to have beneficial properties. For example, in Asia, they were believed to help alleviate indigestion and hemorrhages. In the Atharvaveda, an ancient Sanskrit text, pearls were said to grant long life and prosperity. According to astrology, pearls symbolize love, beauty, and wealth. They also have ties to the planet Venus and have been associated with purity, humility, and innocence.

The rarest and most expensive pearls are natural and made in the wild without human interference. Authentic pearls are also very sensitive to extreme heat and acidity. So much so that genuine pearls will dissolve in vinegar due to the calcium carbonate in their chemical makeup.

R.F. Moeller Jeweler has a wide variety of pearl selections for your choosing. Mikimoto is well-known for exquisite selection of pearl jewelry. Mikimoto’s founder, Kokichi Mikimoto created the first cultured pearls. The company has been in business for over 120 years and can be found at both our Edina and Saint Paul locations.

What really sets Alexandrite apart from other gems is its color changing properties. In natural sunlight it appears green, and in interior light it is red. Fine-quality Alexandrite is one of the more expensive colored gems due to how rare it is.

This birthstone was first discovered in 1830 in the Ural Mountains in Russia. Alexandrite is named after Alexander II, as he was the emperor of Russia at the time. The gem also caught Russians’ attention since its red and green colors were similar to the colors of the national military colors of imperial Russia. Today, most Alexandrite comes from Brazil, Sri Lanka, and East Africa.

Alexandrite is a great choice for rings and other pieces of jewelry that are subject to daily wear. This is also the gem for the 55th wedding anniversary.

Moonstone is often associated with the moon, love, passion, and fertility. It is also believed to bring great luck and can range from opaque to transparent. This gem is the preferred June birthstone over pearl and Alexandrite in places like Germany and Scandinavia.

The Romans and the Greeks associated moonstone with their lunar deities. The Roman natural historian Pliny named this gemstone due to moonstone’s shimmery appearance that shifted with the phases of the moon.

Moonstone was popular with hippies in 1960s and designers in the New Age movement of the 1990s. Designers in the Art Nouveau era (1890s-1910s) such as René Lalique and Louis Comfort Tiffany, included moonstone at the forefront of their fine jewelry.

Moonstone is still popular and accessible today. It can be found all over the world, from places like New Mexico and North Carolina to others like Madagascar and Myanmar. However, the two most prominent locations where moonstone can be found are India and Sri Lanka.