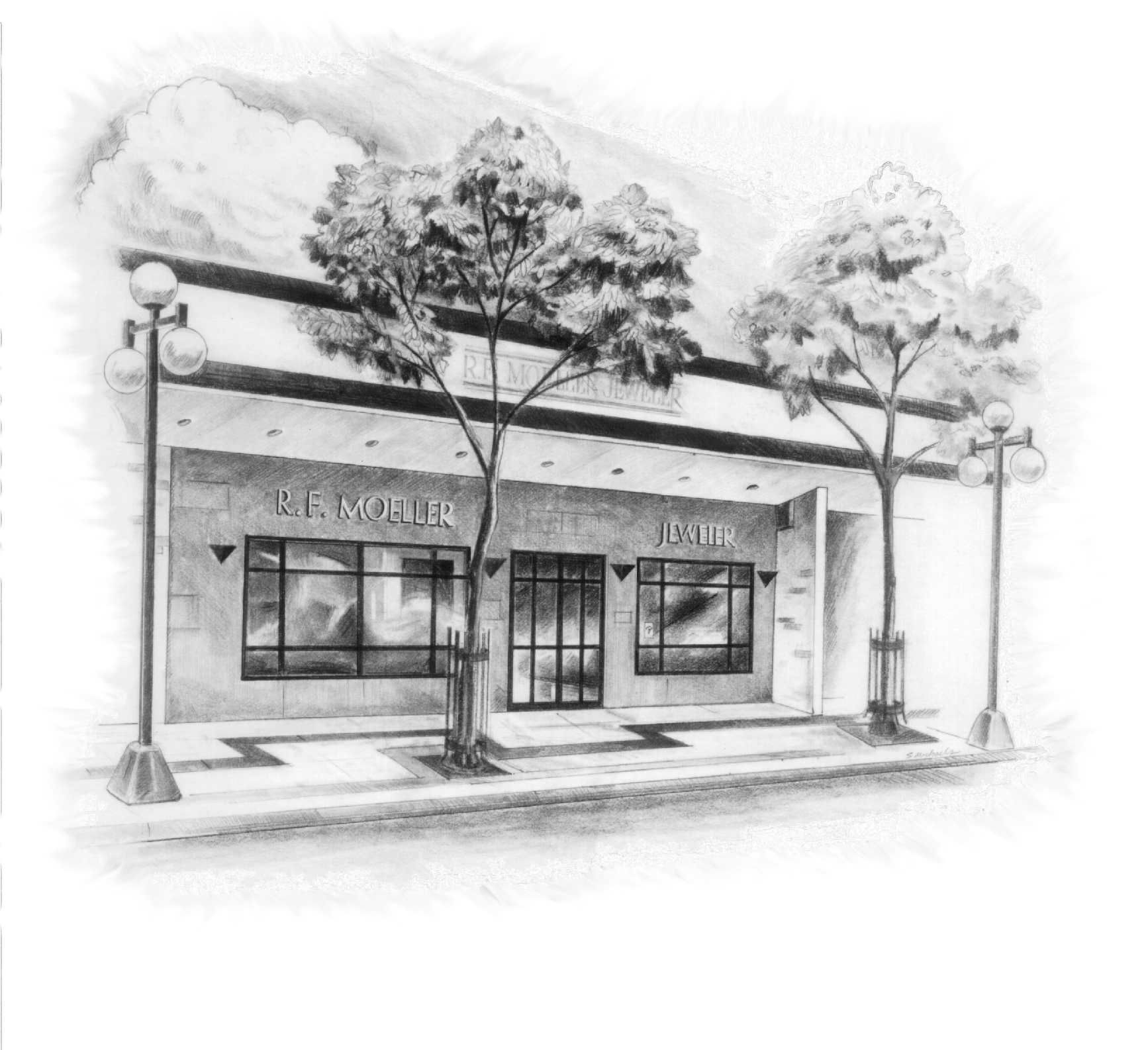 For 70 years, the Moeller family has been following the footsteps of their visionary ancestor, Robert F. Moeller, proudly carrying on his family legacy of bringing joy to every customer that walks through the door. As a World War II veteran, the late Robert F. Moeller used the G.I. Bill to go to watchmaking school after returning home from the war. Once he completed his schooling, Moeller accepted his first job at the Emporium in downtown Saint Paul, and by 1951, he was ready for his own location. Moeller searched high and low for the perfect opportunity and finally purchased Harmon Jewelers in Highland Park from owner and operator, Jake Harmon. Thus, began our decades-long legacy of providing exceptional service, selection, and quality.

“The ideal diamond from the ideal jeweler, for the ideal price.”

It took three years and a lot of hard work, but by 1971, R.F Moeller Jeweler had completely transitioned into its new location at 2067 Ford Parkway, which brought to life the R.F. Moeller Jeweler vision of a fine quality, full-service jewelry store. Robert and Bernice Moeller owned and operated the store for the next 20 years, until their oldest son, Mark Moeller, purchased the business in 1991. Around this same time, R.F. Moeller Jeweler began carrying Lazare Diamonds and has grown to be the largest Lazare dealer in the country. Lazare Kaplan is the originator of the ideal cut diamond and Lazare Diamonds are considered to be the most beautiful diamonds in the world, because of their perfect blend of fire and light. Inspired by Lazare and the ideal cut diamond, R.F. Moeller’s tagline for over a decade was “The ideal diamond from the ideal jeweler, for the ideal price.” Although this tagline has changed over the years, this value of providing the most beautiful diamonds at the best prices is still a cornerstone of the business.

Three years after the transition from Robert and Bernice to Mark, R.F. Moeller Jeweler expanded into the West Metro by purchasing Korst and Sons, another local family-owned jeweler on the corner of 50th and France in Edina.

On R.F. Moeller Jeweler’s 50th Anniversary in 2001, the Highland Park showroom moved two doors down to its current location on the corner of Ford Parkway and Cleveland. In 2006, the Edina store moved into a modern new showroom just off the corner of 50th and France, continuing the Moeller legacy of exceptional quality, superior service, and stunning displays of jewelry and watches.

Today, all R.F. Moeller Jeweler locations are owned and operated by both the second and third generation — Robert (Bob) Moeller II, and Mark Moeller’s two sons, Bryan and James.

As we celebrate our 70th anniversary, we would like to thank all our clients for choosing R.F. Moeller Jeweler to help you celebrate life’s milestones — from engagements to anniversaries, retirements and graduations, and all of the birthdays in between! We are honored to have played a part in the spectacular joys of the last 70 years and we look forward to 70 more!